Microsoft Windows, the operating system that has powered our desktops at home and our office for more than a decade, has its share of running the smart phones too from as early as 2003. However, it is Windows Phone (WP) that has really changed the market position of Microsoft along with its competitors. The complete overhaul of its user interface with the code name "Modern UI", Windows Phone has redefined the user experience. Moving away from the stylus based resistive touch screen devices to the capacitive multitouch screen devices has rendered Windows Phone the name of a modern mobile operating system.

The introduction of Windows 8 and its successors have gone more steps ahead to differentiate themselves in terms of live tile user interface and a fast operating system even on a lower hardware powered smart phones and tablets. Acquisition of Nokia into the fold and introducing affordable smart phones and tabs under the name have certainly increased the user base at a faster pace. In this context, creating apps for businesses and customers on Windows Phone has become more than just a need. So What are you waiting for? Tap this ever growing user base with your business and customer apps!

Nexmoo Solutions once again comes to boast of its presence in Windows Phone (WP) app development. We are one of the early developers of Windows Phone apps, both for customers and businesses. Our experience pervades through industries such as sports, media and entertainment, travel and tourism, and matrimonial services. Our fascinating expertise include creating, testing, implementing and even assisting in publishing apps such as:

Never worry of migrating your Windows 6.5 apps! We have got the expertise for that too. So if you want your business and customers to experience a highly customized, fast, fun-filled apps, all at an affordable cost be eloquent with us. We will listen to you and fulfill your dreams.

For further discussion or quote: 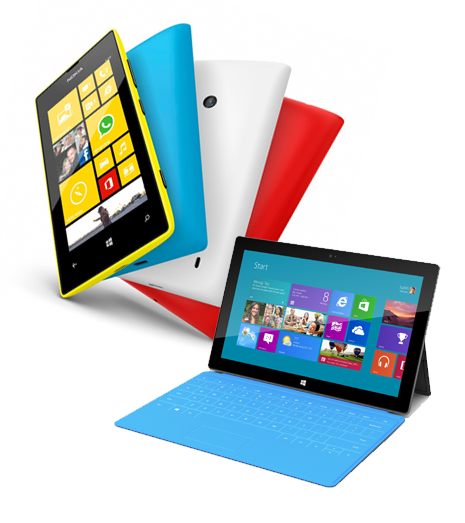